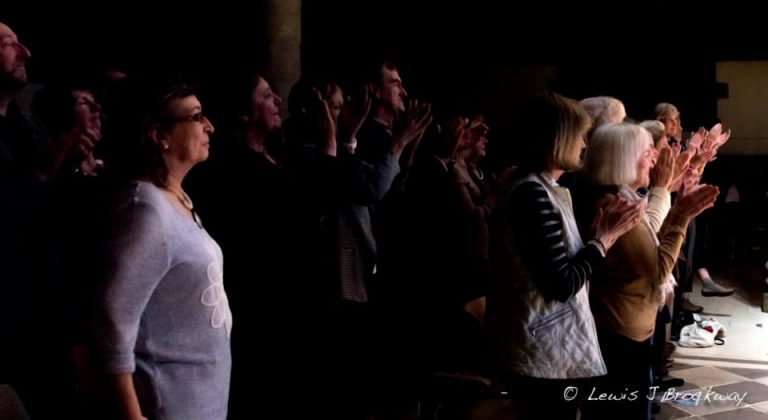 All of Piaf's best-loved songs, each performed impeccably and with genuine emotion (4-star)
Broadway Baby, Edinburgh Fringe 2012
Surely one of the best shows at the (Edinburgh) Fringe
James Church (Promoter)
Loiseau and her musicians are 5 star performers
Edinburgh Fringe public reviews 2012
World-class and delivers Piaf's songs with authority
Gilbert Biberian, composer
A beautiful voice - a Piaf better than Mireille Mathieu!
Redbridge Institute
A heart rending show, emulating not only the style but the spirit of this tragic singer's life
Anna Saunders, Director - Cheltenham Poetry Festival
It's impossible to imagine Eve Loiseau ' or anyone ' improving upon her miraculous recreation of the great French singer Edith Piaf. Not that Loiseau is in the impersonation business, the trademark little black dress aside. Her triumph was catching the huge spirit of The Little Sparrow ' The songs tell atmospheric, sometimes risque', stories and Loiseau was totally fired by their passion, humour and irresistible choruses. Most of all she found the key to that visceral, earth shaking voice. Autumn Leaves, If You Love Me, Mon Dieu and other Piaf essentials all received magical interpretations.
Cheltenham Citizen & Echo
Utterly enchanting!
Mayor of Evesham
Accompanied by accordionist Edward Jay and Fiona Barrow, violin, the talented Eve Loiseau delivered a heartfelt and energetic tribute to Edith Piaf at the Lowry on 7 May. Her voice is uncannily like Edith's in the higher range, with that slightly steely edge that still manages to convey warmth and powerful emotion.

Yet Ms Loiseau, who is half-French, didn't content herself with imitation, imparting her own emotion to the Piaf classics. Piaf's familiar vibrato was certainly in evidence, but it was inseparable from Ms Loiseau's, which had its own vibrancy and plaintiveness. The balance she found between impersonation and interpretation was the highlight of the evening.

This balance was also echoed in other ways. The show included a linking narrative of Piaf's life, spoken between songs and against stills and video projections on a huge screen behind the singer. It's well known that the star's short life was difficult and emotionally unsatisfied; and her singing style and stage presence were impregnated with painful personal experiences. Yet by tending to emphasise the more upbeat sentiments in Edith's work, the Lowry performance left us with a feeling of triumph more than tragedy' even when we saw her physical deterioration in the late 1950s, as she lay in hospital or had to be physically supported by friends.

The playlist included the usual numbers that go down well with English-speaking audiences: 'Milord', 'Hymne ' l'amour' (If You Love Me), 'La Foule', and of course 'Non, je ne regrette rien, (No Regrets), which worked well as the sing-along finale. But there were also a few lesser known gems, such as 'Les Mots d'amour', one of Piaf's later songs, and 'Bal dans ma rue', all delivered with gusto.

The accompanists were also brilliant: discreetly but sensitively underscoring the period Frenchness of the songs and the photography. Pleasingly, the handful of instrumentals they performed looked beyond Piaf to Django Reinhardt and Stephane Grappelli. This, along with the atmospheric shots of 1940s Paris or of Piaf on stage, went well beyond the standard 'tribute' show. Modestly and with an economy of means, the mix of live singing, narrative, instrumentals and film took the appreciative audience nostalgically back to a France that has almost disappeared.
David Looseley, Professor of Contemporary French Culture, University of Leeds
We use cookies to ensure that we give you the best experience on our website. If you continue to use this site we will assume that you are happy with it.OkPrivacy policy