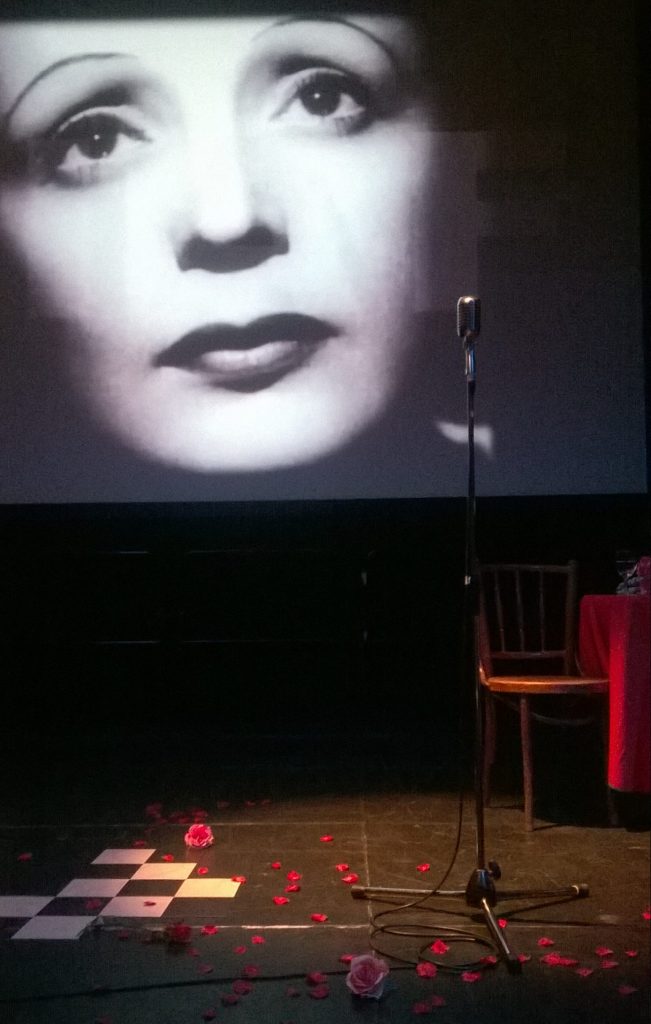 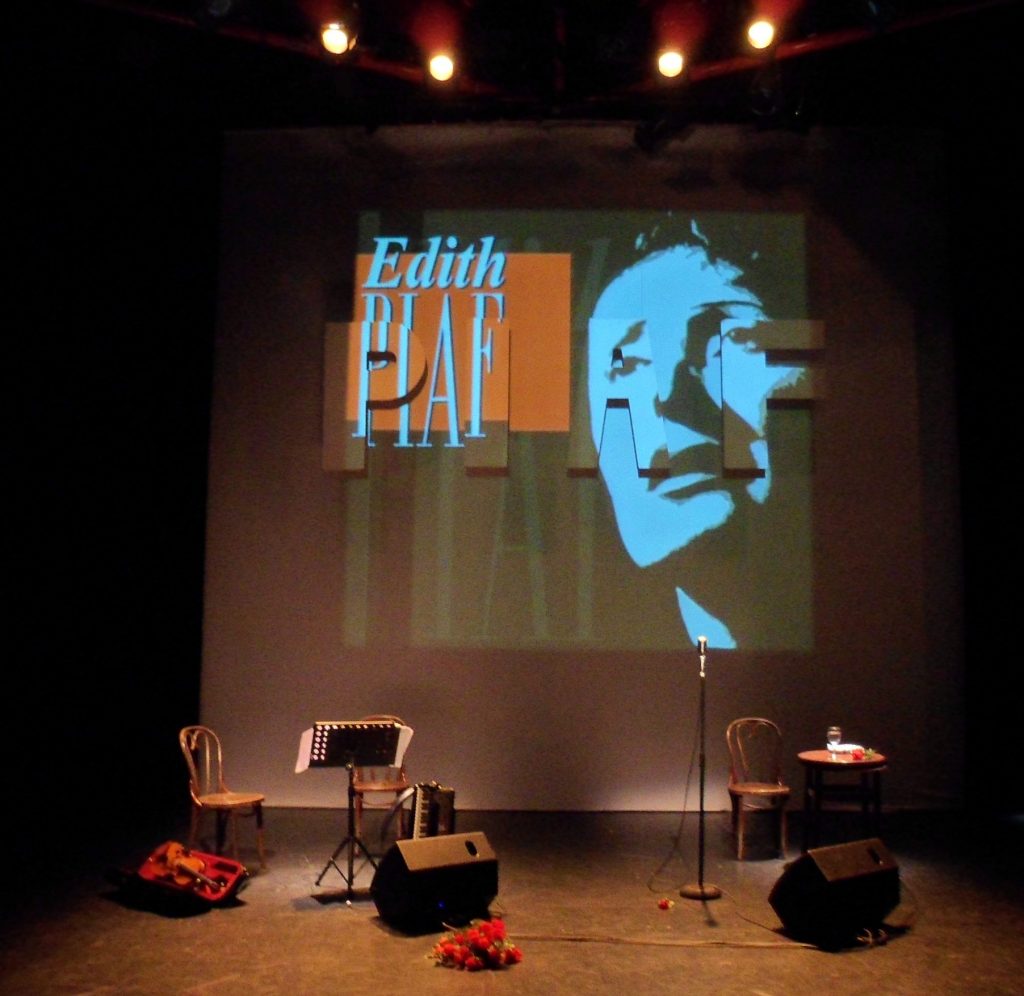 Edith Piaf has become synonymous with French Cabaret of the 1940s & 50s.
She remains France's most popular singer.

Piaf’s life was the stuff of legend. She was born Edith Giovanna Gassion in Belleville, Paris, and lived at 72 Rue de Belleville. She was named Edith after the WW1 British nurse Edith Cavel who was executed for helping French soldiers escape from German captivity. Piaf – a colloquialism for sparrow – was a nickname she would receive 20 years later by nightclub owner Louis Leplee, who discovered her singing on the streets.

Her mother, Annetta Giovanna Maillard (1895-1945), was of French descent on her father’s side and of Italian and Berber origin on her mother’s. She worked as a café singer under the name Line Marsa. Louis-Alphonse Gassion (1881-1944), Edith’s father, was a Norman street acrobat with a past in the theatre. Edith’s parents soon abandoned her, and she lived for a short time with her maternal grandmother, Emma (Aïcha) Saïd ben Mohammed (1876-1930) who ran a brothel in Normandy. There, prostitutes helped look after Edith.

From the age of three to seven, Edith was allegedly blind as a result of keratitis, but made a miraculous recovery. In 1929, at 14, she joined her father in his acrobatic street performances all over France, where she first sang in public. After going her own way, she took a room at Grand Hotel de Clermont, and made a living as a street singer in the suburbs of Paris. And at 17, she had her only child, a girl named Marcelle who died of meningitis at age two.

Edith’s life was anything but ‘La Vie en Rose’. She suffered insecurity, self-abasement, anger, obsessive passion and a constant quest to be loved and accepted – a maelstrom which took its toll upon her mental stability as the pressures of her fame increased. Towards the end of her life and as a result of several car crashes, Edith turned to drugs to find comfort and solace, never able to believe that she was indeed loved by countless thousands of fans the world over – reflected in the size of her funeral in 1963 when so many lined the streets of Paris to bid her farewell.

We use cookies to ensure that we give you the best experience on our website. If you continue to use this site we will assume that you are happy with it.OkPrivacy policy